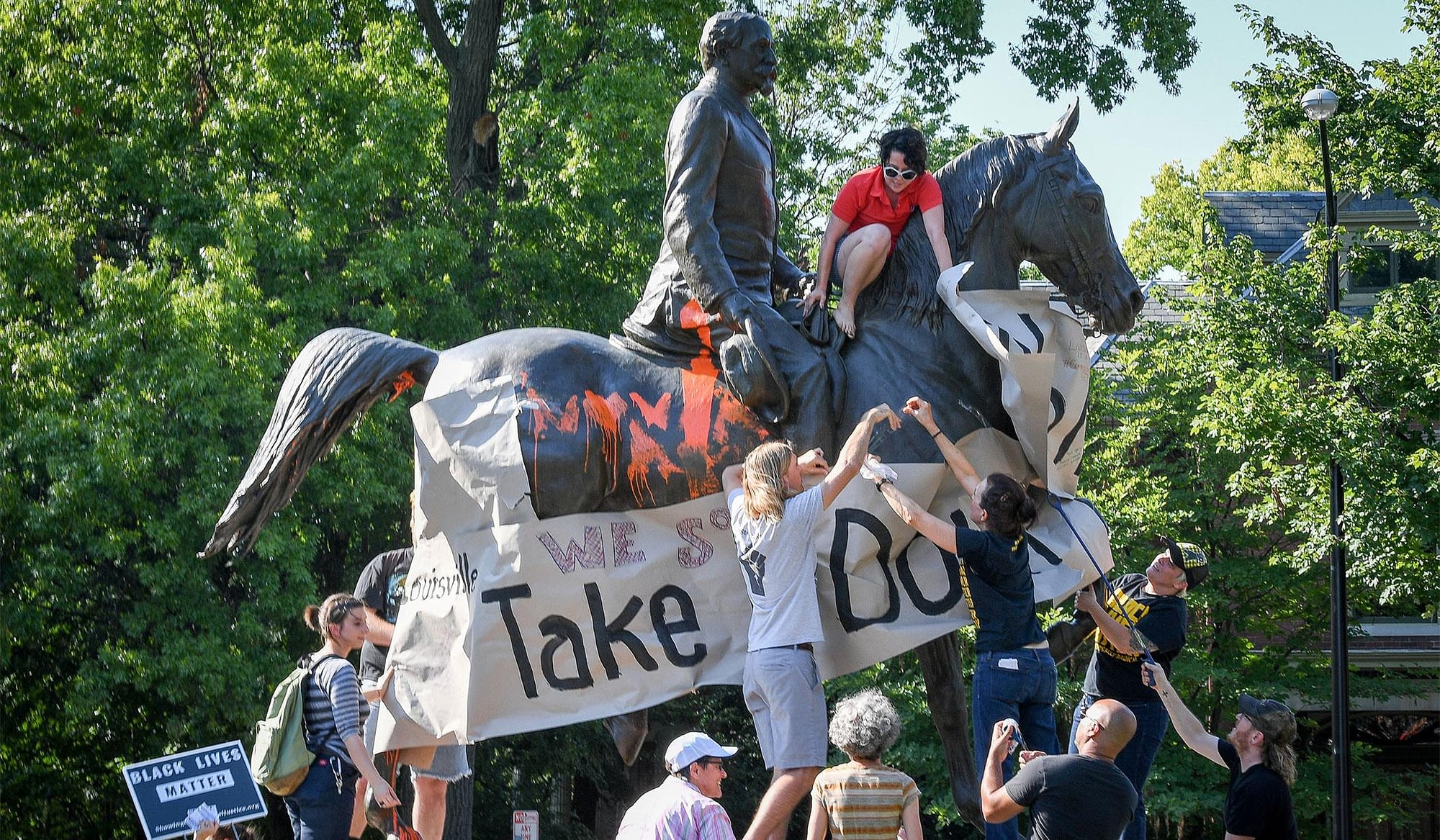 An old college friend I have reminisces too much about our college days: How good we played basketball, how much the girls loved us, and all the crazy things only he recalls we did. His wife says, “He remembers lots of things that never happened.”

The guy personifies the saying, “the older I get, the better I used to be.”

There’s nothing wrong with thinking about the past. We all like to muse over the days gone by, but history is

When I was in High School, I thought history was a waste of time. Who cares what happened 150 years ago or worse yet 3000 years ago? I was interested in what I was doing after school, who we were playing on Friday night, and where I was taking my girlfriend on Saturday.

My high school world history teacher didn’t help this lack of interest in times gone by. She was a large and unsightly woman who tried to cover her unattractiveness with too much makeup, and she was boring.

I dealt with the situation in my way – I tuned out her monotonous lectures and then “forget” to do my homework. I don’t know how I passed the course. In some ways I didn’t pass the course because I still have trouble remembering which came first, World War I or World War II.

Now that I’m older I can see the importance of history. I understand that the more we know about the past, the less likely we are to repeat our mistakes unless the past we are told about is not true.

The idea of fake news is quite popular today. The problem is, it’s nothing new. All you have to do is hear news reports about the Reagan era. According to many the Reagan tax cuts gave us deficits and the tax increases of Clinton gave us a roaring economy. Neither is true, but that doesn’t keep folks from saying so.

Evidently, this kind of historical revisionism did not start with the invention of cable television’s talking heads because sometime in the 1800s Napoleon opined, “What is history but a set of lies agreed upon.” The only problem today is that folks can’t agree on anything.

There is at least one good reason to keep history spiced with great stories of heroic deeds whether true or not: if we removed all the lies of history, the High School and college courses would be even duller.

A past president of the United States was said to have written a history of America in one sentence, reading as follows: “America was discovered in 1492, and now look at the darn thing.”

Was he bragging or complaining? It doesn’t matter. Write it like you want it to read. That’s the American way. In the process, remember: “God cannot alter the past, but historians can.” (Samuel Butler 1835 – 1902).