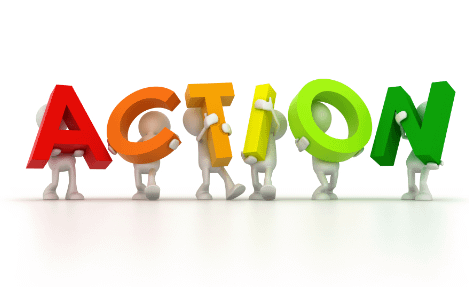 After exploring a variety of jobs and professions over several years, our son decided he was supposed to be a pharmacist. So, at 50-years of age he applied to Creighton University School of Pharmacy and was accepted. Do you think his life has been easier for him since he enrolled? Not at all, just the opposite. His wife and child have had to make a variety of alterations to their lifestyle to accommodate his pursuit of a pharmacy degree. Was it the right decision for him? Yes. Will it be easy? No.

It’s good to have someone in the family as smart as my son because his father has done several unwise things over the years.

One of my biggest problems has been the tendency to come up with yet another really great idea, something that would be a certain success. Then in my excitement and rush to bring my great idea to reality I would jump off a cliff and try to build my parachute on the way down. I had no patience to talk or listen to any other person about the veracity of the idea, I was narrow focused, stubborn and sometimes blind to the realities in front of me.

Thus, in the dust behind me, are many so-called “great ideas” confounded by poor planning, mired by uninformed decision making, and ultimately ruined by ego driven judgments.

You do not want that to happen to you.

After skipping the planning stage on more than one project, here’s what I know for sure: It is very difficult to jump off a cliff and build a parachute on the way down. That is why I commend to you the necessity that you prepare for action before you jump.

To best prepare for action, do the following:

Think:  Employ your mind to give balance to your emotions. Be rational, look objectively at your calling, evaluate and make rational decisions.

Pray: God is alive and interested in your life. More than that, He really cares about you and wants a close relationship with you.

Talk: Talk to someone you trust about your goals. When you talk you sort out your thoughts, see your goals and dreams in a new or different way, and discover options you had not thought of previously.

Listen: The other side of talk is to listen to the wise advice of trusted counselors.

Establish principles: You need to create moral rules or beliefs so you will know intuitively what is right and wrong.

Plan: Someone once said, “A goal without a plan is just a wish.”

Count the real cost: Your plans will include various hard costs. Costs to your family, emotions, health, etc. must also be factored in.

Set priorities: When your purpose is clear your priorities will also come into focus. You will know almost intuitively what to discard and what to add, what to ignore and on what to focus.

We will deal with each step over the next eight essays so stop by often!

Your comments and shares are appreciated.