What was the first Christmas song you remember singing?

If you went to Sunday school as a child it’s likely that it was “Away in a Manger.” 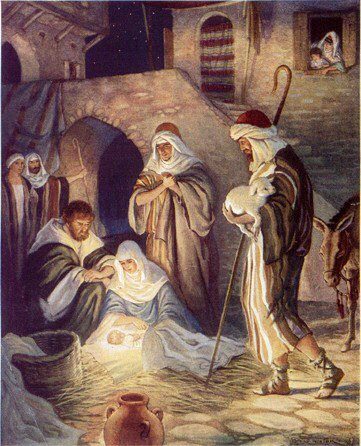 You remember how it goes, don’t you?

I nominate this song, first sung in the late 1800s, as the BEST Christmas song ever written. Why? Because it tells the simple story of the birth of Jesus and it refers to him as “Lord.” Why is that important? Because it is an appellation that belongs only to that little baby who grew up to live a perfect and sinless life, die on a cross for the sins of mankind, be buried in a tomb and then to rise again from the dead three days later. It all proved that “the little Lord Jesus asleep on the hay” really was and is Lord of all.

No wonder we sing that song with such reverence and awe. It reminds us of the story of God’s love for you and me and how far He is willing to go to tell us how much he loves us.

But that’s not the title of this article. The title says you are going to read about the ten WORST Christmas song ever written. So let’s get on with it, shall we?

“Wait a minute,” you scream at me, “That’s my favorite song of all! I have all the words memorized! Why is ‘Santa Claus is Coming to Town’ the worst Christmas song ever written?”

Here are three reasons this is the worst Christmas song ever written:

First of all, parents use this song to parent instead of parenting themselves.

What parent hasn’t repeated the words of this song to get their children to shut up or stop fighting or clean their room or do their homework?

Second, it teaches children that Christmas is all about getting more stuff and has nothing to do with giving. What do we think Santa does most of the year and especially in those fast-moving days between Thanksgiving and Christmas Eve? He’s making a list and checking it twice! It makes it look like Santa is some kind of cosmic bully with a clip board running around taking notes of every nasty thing children think or do.

Every kid knows that if you want some really good stuff you better buck up and behave yourself because Santa’s got stuff! They’ve all seen Santa’s workshop and they can name several of the elves he hires to make toys and candy and all those fun things advertised on TV.

The third, and most important reason this is the worst Christmas song ever written is because in young children’s minds Santa Claus is an early surrogate for God. knows when you’re awake and knows when you’ve been bad or good” is God and for at least the month of December, Santa is an acceptable alternative.

So does this song teach children that God is loving, kind and forgiving or that he is grumpy and judgmental?

So in their most impressionable years God becomes this judgmental, hypercritical ogre who is impossible to please and who is hell-bent on stifling every fun thing anyone wants to do! After all, what fun is it to always be a good little boy or girl? Every kid wants to use some of those nasty words Uncle Bill uses when he works on his car. And what kid doesn’t want to take something that’s not theirs or try to do some of the things they watch big people do in the movies or on TV?

Kids learn early that it’s impossible to be good enough to please Santa Clause to the degree you get everything on your Christmas list. Why? Because He knows everything – even those secret things no other person on earth knows.

And that is a characteristic of God. It’s called omniscience and it means infinite knowledge.

Christmas teaches us that in the midst of our goodness and our badness, God always loves us. And the Bible says that “There is no fear in love. But perfect loves drives out fear, because fear has to do with punishment. The one who fears is not made perfect in love.”

Guilt and fear, the basis for “Santa Clause is Coming to Town”, makes us think that God may be mad at us. But he isn’t mad at us, he loves us. Because God loves us we don’t have to be afraid of Him when things go wrong; but rather we can run to him with our fears and guilt and with our deepest sorrows and find in him the peace and joy that some of the best Christmas songs celebrate.

Do you remember what the angles said to the shepherds the day Jesus was born? They said, “Do not be afraid!” Here’s why: Jesus came to rescue us, not frighten us. That’s why we sing,

I love Thee, Lord Jesus look down from the sky,
And stay by my side, ‘til morning is nigh.
Be near me Lord Jesus, I ask Thee to stay,
Close by me forever and love me I pray.
Bless all the dear children in Thy tender care,
And take us to heaven to live with Thee there!

Now that does not sound like “you better watch out, you better not cry you better not pout I’m telling you why.” It sounds more like “For God so loved the world that he gave his only begotten son that whosoever believes in him shall not perish but have everlasting life.”